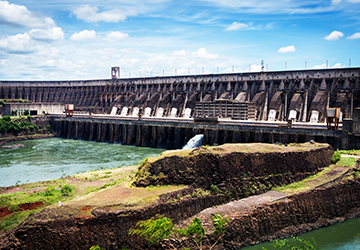 Itaipú is a binational repression of Paraguay and Brazil, on its border over the Paraná River.

Itaipú Binational holds the title of "biggest energy producer of the planet" with 103,098,366 MWh produced in 2016. It is also the dam with the highest accumulated production, with 2.5 billion MWh since the beginning of the operation. The Itaipú dam has an installed electrohydraulic generation capacity of 14,000 MW, with 20 turbines generating 700 MW and its construction demanded a cost of 36 million dollars for the two partner countries. 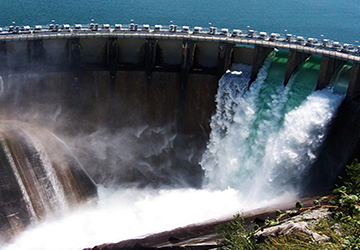 The Simón Bolívar Hydroelectric Power Plant is the third largest in the world with its 10,235 MW of total installed capacity

The power generation of this plant exceeds 47,000 GWh per year, capable of supplying an equivalent consumption close to 300,000 barrels a day of oil, which has allowed it to comply with the thermoelectricity replacement policy in order to save fuel. The energy produced by the dam is consumed by much of the country. 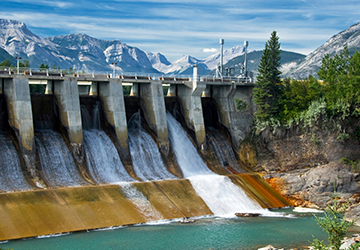 The Guavio hydroelectric plant is the first largest operating plant in Colombia with an installed capacity of 1250 MW1. 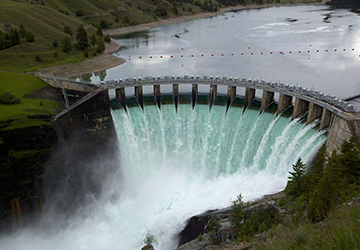 The complex represents the largest hydroelectric power plant in Peru and consists of three parts: the Tablachaca dam, the "Santiago Antúnez de Mayolo" and "Restitución". It has a total installed capacity of 1,008 MW. 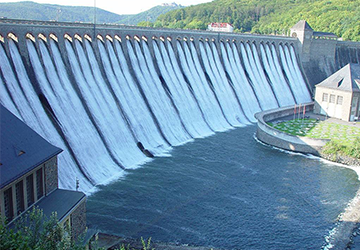 Currently Ralco has a capacity of 690 MW, contributing 4.6% of the total energy generated in the Chilean electrical interconnection system. It is the power plant that brings more energy in the country. 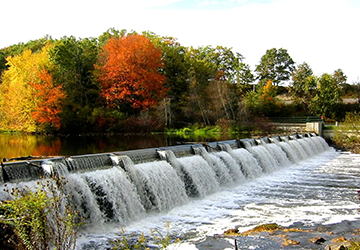 It has an installed capacity of 3,200 MW. There is a project to expand the complex, called Mas Yacyretá, which can increase hydroelectric production capacity by 15%. Yacyretá supplies around 22% of Argentina's electricity demand, and represents 45% of the total hydroelectric energy produced in the country.

Due to Paraguay's electrical requirements being covered (the country only consumes, on average, between 10 and 13% of the energy produced), the rest of its quota (50% of the production for each country), is sold to Argentina, which incorporates it into the national electrical interconnected system. 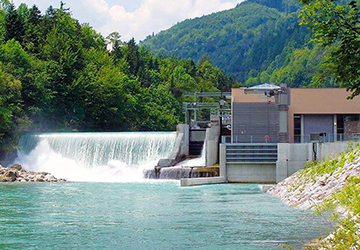 The plant was built at the source of the Coca River river course in the province of Napo, about 150 km east of the capital of the country Quito. It is the largest hydroelectric power plant in Ecuador and the main one, it generates 1,500 megawatts, 35% of the country's electricity. The total cost is estimated at $ 2 billion dollars.